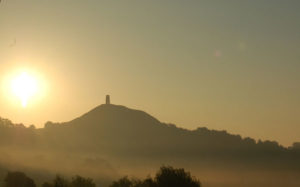 The Wheel of Avalon turns again, the wheat is ripening in the fields surrounding the Isle! Sunflowers raise their heads to the sun. Lammas is approaching. Here at the Temple we celebrate the Goddess Ker in Her aspect as Harvest Mother, Grain Goddess, Lady of Abundance.

Lammas is the Festival celebrating the first fruits of Mother Earth’s harvest, where we see the first grains of wheat appear, alongside ripening fruits, such as apples and pears. The word ‘Lammas’ is derived from ‘loaf mass’ and is indicative of how central and honoured is the first grain and the first loaf of the harvesting cycle. The first sheaf would often be ceremonially cut at dawn, winnowed, ground and baked into the Harvest Bread which was then shared by the community in thanks. The first barley stalks would be made into the first beer of the season. The last sheaf was also ceremonially cut, often made into a ‘corn dolly’, carried to the village with festivity and was central to the Harvest Supper. The corn dolly was made into a Corn Maiden (after a good harvest) or a cailleach, hag or cone (after a bad harvest). She could be dressed with ribbons, even clothed.

Most Handfastings were entered into at Lammas Fair Time in the past. This was when the annual rent was due and country folk gathered. The custom was single persons of both sexes to choose a companion for the next year. When Lammas Fair time came again they were to wed or separate.

Ker’s colour is gold and in the heat of the August sun, the grasses begin to turn golden as the earth becomes dry. Our beautiful Tor is the left breast of the Goddess in the landscape and is wondrous as the colour changes from green to golden. In this age and society, it is all too easy to lose touch at the miracle of the natural cycle of her nature. The Feminine is giving and nurturing.. Look around you and spend time in her nature, giving thanks for all that she provides. 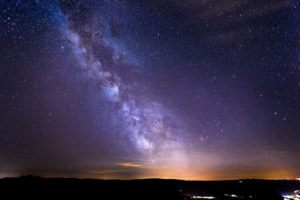 It seems as though the great birthing is celebrated in the heavens as the Perseid meteor showers, a truly beautiful phenomenon in the night sky that happens every year between July & August (peaking on August 12th) Here in on our Isle of magic this can be viewed perfectly on the peak the golden Tor…

Glastonbury, this Isle of Avalon, is it any wonder that we are conducting many Sacred Marriages here at this time? It is the perfect place to feel the power of your love as you journey with us in your ceremony and at this time of year, as you commit your love to each other, the Earth sighs and meteors fly across the inky velvet sky..